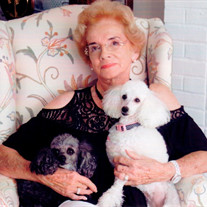 Betty Louise Frye, our beautiful mother, and grandmother, passed away Sunday, March 17, 2019, at Spectrum Butterworth Hospital in Grand Rapids. Per her wishes, cremation will take place with a memorial service to follow in the spring.    Betty was born August 29, 1931, in Ithaca, MI, the daughter of Roy and Florence (Hubbard) Pittman. A smart and graceful woman from the beginning, Betty won the title of Miss Shiawassee County, going on to become Miss Michigan in 1950. She then began college at Central Michigan University, earning her teaching degree, and later obtaining her Master’s Degree from The University of Michigan. She taught all over the state of Michigan, ending her career as a principal in 1987 when she retired. After retirement, Betty opened two antique stores in Bay City. And because of her knowledge on the subject, she was often called upon to help appraise antiques or give further information on pieces. In 2006, she and her husband, William Everingham, moved to Canadian Lakes where they spent many joy-filled years. There, she was an avid golfer, made many wonderful friends, and hosted many parties for various occasions. Betty could often be found working outside gardening, or playing with her beloved dogs, Willow and Bella. She was an active member of New Hope United Methodist Church, and a huge supporter and benefactor to the Mecosta County ARC. Betty was firm in her commitments, a loyal friend to many, and was the epitome of old-fashioned class and grace.  Her loving ways will be greatly missed by her children, Larry (Sharon) Frye, Laura Frye Veldhuis, and Kevin (Donna) Frye; grandchildren, Kristin and Kevin Frye, Blake and Blaine Veldhuis, Traci Nestor and Joshua Frye, and two great-grandchildren, Elliana and Cameron.  Betty was preceded in death by her parents, and husband, William Everingham. Those desiring may direct memorial contributions to the ARC of Mecosta County at 18400 220th Ave, Big Rapids, MI 49307.

Betty Louise Frye, our beautiful mother, and grandmother, passed away Sunday, March 17, 2019, at Spectrum Butterworth Hospital in Grand Rapids. Per her wishes, cremation will take place with a memorial service to follow in the spring.    Betty... View Obituary & Service Information

The family of Betty Louise Frye created this Life Tributes page to make it easy to share your memories.

Send flowers to the Frye family.