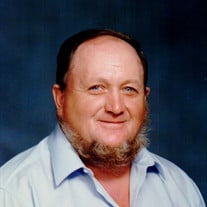 Elmer L. Brown, our funny, yet stubborn, husband, father, grandfather, and great-grandfather, passed away early Saturday morning, August 26, 2017, at McLaren Central Michigan in Mt. Pleasant.  Cremation will take place with visitation to follow Monday, August 28th, at Janowicz Family Funeral Home in Remus, MI from 3:00 PM to 6:00 PM.     Elmer was born November 14, 1938, the son of Leotis and Martha (Thorn) Brown. He married the love of his life, Sarah Bearup on September 7, 1957, and together the two grew their family to include five children. Elmer worked for CSX Railway in Grand Rapids for 32 years, and thoroughly enjoyed his time with the company. After retirement, he continued monthly railroad retirees meetings in Newaygo, keeping in touch with others in the business.  Elmer enjoyed being outdoors, especially deer hunting in the fall. Always telling jokes, Elmer had a great sense of humor. Some family members say he always looked like he was up to something, and other family members say, that’s because he was.  Loving, big-hearted, and a wonderful dad were all words used to describe Elmer.  His quick wit and caring ways will be greatly missed by his wife of nearly 60 years, Sarah; children, Steven (Melissa) Brown, Sheryl McGuire, Tammi Brown, Clayton Brown and Christine Sturgeon; brothers, Elmus Brown, Phillip Brown and Kenneth Brown; sisters, Leona Aumick and Leota Scott; nine grandchildren, and six great-grandchildren.  He was preceded in death by his parents, and brother, Lawrence Brown.  Those desiring may direct memorial contributions to the family. Envelopes will be available at the funeral home.

The family of Elmer Leotis Brown created this Life Tributes page to make it easy to share your memories.

Send flowers to the Brown family.