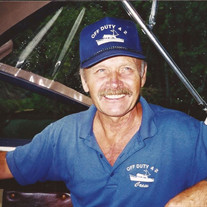 Rosa, Winfred Bernhard (Fred)   It is with great sadness that we announce the passing of Fred on December 8, 2020. He is preceded in death by his parents, his sister, Helene Bambra, and his cousin, Josef (Joe) Kraschinski. He leaves a son, Douglas Rosa (Lisa), a daughter, Wendy Chan (Perry), and four grandchildren, Michael & Lauren Rosa and Jalen & Jordyn Chan. He also leaves his wife, Gayle, and his step-children, Cameron Aspenwall, Tenille Noya (Manuel), and two step-granddaughters, Lani and Skye Noya. In addition, he leaves behind many cousins, nieces and nephews. Fred was born on March 31st, 1939 to Margareta and Bernhard Rosa in Landsberg, Germany. In 1955, his family immigrated to Canada, where he lived, worked, was married to Carol White in 1960 and raised his family in Ajax, Ontario. He was an active community member, as a league convenor and coach for many hockey and baseball teams. Fred worked for Via Rail, as a train conductor, from 1965 until his retirement in 1995. In 1994, he married Gayle Halliday Aspenwall and in 1995, moved to Michigan. Fred had a strong faith in God, loved his family, and his friends. He had a kind and gentle heart, a good sense of humour, and always wanted to help people. Fred attended St. Bernadette’s Church in Ajax, Ontario for many years, Sacred Heart Catholic Church in Punta Gorda, Florida, and most recently, First United Methodist Church in Big Rapids, Michigan and Friendship United Methodist Church in Punta Gorda, Florida. His passion was power boating. Fred loved to tell how he and his dad built his first boat. He loved spending days on the water in Lake Ontario and Ontario’s waterways and later, in and around Charlotte Harbor, Florida. He had two dreams on his bucket list, to travel to Florida by boat via the Intracoastal Waterway and to spend his winters in Florida. These both came true in the late 1990’s, when he completed the boat trip and purchased a condo in Punta Gorda, Florida. May Fred rest in eternal peace. Due to Covid-19 restrictions, a memorial service will be held virtually, Wednesday, December 16, 2020, at 11:00 am. To view the service, or to be sent a recording of the service, please call the funeral home (989-967-3464) or email ([email protected]) with your email address before Wednesday. Those desiring may direct memorial contributions to Big Rapids Hospice of Michigan (HOM.org) or to Cedar Crest AFC Home in Remus (10030, 30th Ave. Remus, MI, 49340).

Rosa, Winfred Bernhard (Fred)   It is with great sadness that we announce the passing of Fred on December 8, 2020. He is preceded in death by his parents, his sister, Helene Bambra, and his cousin, Josef (Joe) Kraschinski. He leaves a son, Douglas... View Obituary & Service Information

The family of Fred Rosa created this Life Tributes page to make it easy to share your memories.

Send flowers to the Rosa family.