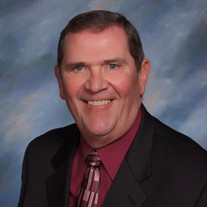 Gerald R. Heaton (Jerry), age 69, of Canadian Lakes, Michigan and formally Bellefontane, Ohio, passed away December 12, 2021 at Big Rapids Hospital following a medical emergency. He was born in Detroit, Michigan, the son of the late Gerald M. And Bernice (Cromp) Heaton. He was also preceded in death by a half brother, Robert Simons; and his father and mother in law, Alexander and Irene Mann. On October 25, 1975 he married Ilene (Mann) Heaton, who resides in Canadian Lakes, Michigan with his 12 year old fur baby, Sadie Sue, who misses him dearly. He is also survived by his sister, Patricia Noud of Stayton, Oregon; brother George (Maureen Audette) Heaton of Boyne City, Michigan, and Curt (Karen Marecki) Mann, of Bloomfield Hills, Michigan. Jerry leaves behind many nieces and nephews whom he loved and they adored. Jerry graduated from Albion college in 1974 and received his law degree at Ohio Northern University in 1976. He began his career in private practice and in 1988 was elected as Logan County Prosecutor which he held until 2011 when he retired. Jerry was a past campaign chair and long time volunteer of the Logan County United Way, member and past President of the Logan County Bar Association, Longtime board member and past President of the Ohio Prosecutors Attorney Association and long time board member of the National District Attorneys Association. Upon retirement, Jerry and Ilene sadly said goodbye to Logan County and moved back to Canadian Lakes, Michigan. Jerry loved living on the lake, boating and fishing, and watching beautiful sunsets. A private celebration of life will be held this summer at Boyne City, Lake Charlevoix, his childhood stomping grounds. In lieu of flowers, those desiring may direct memorial contributions to The United Way of Logan County at www.Logan.org or to Discovery Riders at 1797 OH-47, Bellefontaine, OH 43311, or to Tunnels to Towers at www.t2t.com

The family of Gerald Lee Heaton created this Life Tributes page to make it easy to share your memories.

Send flowers to the Heaton family.