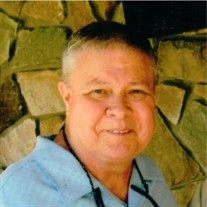 Joseph Michael Norbeck, age 72 of Canadian Lakes, MI, loving husband, father and grandfather, passed away on the evening of Wednesday, August 24, 2016 at Spectrum Butterworth Hospital in Grand Rapids, MI. Joseph was born November 10, 1943 in Philadelphia, PA; the son of Helen and Joseph (Thornton) Norbeck. He was the oldest of six children. After graduating from St. James high school in Folcroft, PA, Joseph went on to proudly serve his country in the United States Air Force from October of 1961 to October of 1965. He then married the love of his life, Sharon Kay Davis in 1965, renewing their vows to one another in 2012. Joseph received his PhD in Chemistry in 1972 from the University of Nebraska. He then spent one year in Sheffield, England and one year in Madison, WI before he took a job as a research scientist with Ford Motor Company in Dearborn, MI, where he would work for 18 years. Joseph then took a job with the University of California - Riverside teaching both environmental and chemical engineering to undergraduate and graduate students. He was the founding director of the College of Engineering Center for Environmental Research and Technology (CE-CERT) from 1992 to 2005, as well as the founding director of the Environmental Research Institute (ERI) from 2005 to 2011. Joseph decided it was time to retire in 2011, but he still remained a member of numerous advisory committees. Once retired, he and Sharon lived in Palm Desert, CA in the winter and Canadian Lakes, MI during the summer months. Joseph loved to fish and golf, which he did plenty of during his 28 years as a Canadian Lakes resident. Left to cherish his memory are his wife of 50 years, Sharon; children, Jason (Jenny) Norbeck and Allyson (Michael) Samborn; brothers, William and Robert (Ruthann); sisters, Helen (Greg) Uff and Maribeth (Wes) Payne; grandchildren, Warren, Max and Jackson Norbeck and Ariadne Samborn and many nieces and nephews. He was preceded in death by his parents and brother, Thomas Norbeck. Cremation will take place with a memorial service to follow at the Antler’s Fireside Grill in Canadian Lakes on September 24, 2016 at 2 pm. Because education was so important to Joseph, the family asks that in lieu of flowers, memorial donations be made to his grandchildren’s education fund. Donations can be sent to the family directly or to the Joseph Norbeck Memorial Fund at Isabella Bank 8351 100th Ave. Stanwood, MI 49346. Or, because his family was so appreciative of the Renucci Hospitality House at Butterworth Hospital, donations may also be sent to them at 290 Ransom St. NE Grand Rapids, MI 49503. Friends may get information and share a memory with the family online at janowiczfh.com.

The family of Joseph Michael Norbeck created this Life Tributes page to make it easy to share your memories.

Send flowers to the Norbeck family.