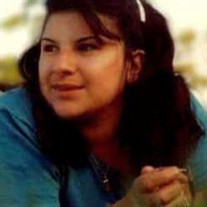 Josephine H. Villa, age 60, was called to become an angel on March 30, 2015 in Rockford, IL. A Funeral service will take place Monday, April 6, 2015, at 11:00 AM at St. Michael Catholic Church in Remus with Father Aaron Ferris officiating. The family will greet relatives and friends at church from 8:00 AM until the time of service. Burial will immediately follow the service at St. Michael’s Cemetery. Josephine was born in Detroit, MI on June 22, 1954, the daughter of Fernando and Petra (Guzman) Flores. She married the love of her life, Roberto Villa on July 4, 1970, and together they grew their family to include eight children, family was everything to her. In her younger years, she did karate, played softball, enjoyed riding her bike and sang. She was described as a great woman, caring, giving, and sympathetic. Her door was always open to anyone and she always had unconditional love to offer. Her hobbies included sewing and doing crafts with her grandchildren, who she enjoyed shopping for with money she saved just for them. Calling family and friends brought joy to her life as well as her favorite soap operas on T.V. Left to cherish her memory are her husband of 44 years, Roberto; their eight children, Rosa (Dan) Brown, Bobby Villa (Kristie), Cisco Villa (Jackie), Danny Villa, Rita Villa (Maelo), Santino (Heidi) Villa, Luis (Katy) Villa and Amelia Villa (Marcus); twenty-four grandchildren and five great-grandchildren. Josephine was preceded in death by her parents; three sisters and her four little Angels. Those desiring may direct memorial contributions to LosVilla’s family. Envelopes will be available at the church.

The family of Josephine H. Villa created this Life Tributes page to make it easy to share your memories.

Send flowers to the Villa family.