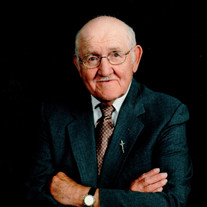 Lawrence “Larry” Vincent Grzelak, age 92 of Barryton, formerly of Canadian Lakes, passed away September 29, 2019. Mass of Christian Burial will be held Thursday, October 3rd, at Noon, at St. Michael Catholic Church in Remus, with Father Tom Boufford as Celebrant. Visitation will be held from 11:30 AM to the time of service at 12:00 PM.    Larry was born June 15, 1927, the son of the late Vincent and Clara Grzelak, in Detroit, MI. He proudly served his country in the United States Army Air Corps, and was a steel plant worker for many years. Larry was president of the UAW in Detroit for 28 years before he and his wife, Bertha, decided to move their family to the Canadian Lakes area. A devout catholic, he was a member of St. Michael Catholic Church where he was an usher for over 20 years. He enjoyed his time at the senior center, especially when they took bus trips to the casino, and developed numerous great relationships during his time there.  Larry kept busy in retirement driving school bus for Chippewa Hills’ events, hunting, fishing, and his bowling league at the Remus Bowling Alley. Anything that involved community togetherness interested Larry, especially music in the park.  Left to cherish his memory are his son, Mark Grzelak; brother, Leonard J. Gee; sister-in-law, Emily Grzelak, and granddaughter, Lyndsey.  Larry was preceded in death by his wife of 54 years, Bertha, and his parents.  Those desiring may direct memorial contributions to St. Michael’s School, The Mecosta Village Free Methodist Church breakfast fund, or to the family. Envelopes will be available at the church.

The family of Lawrence Vincent Grzelak created this Life Tributes page to make it easy to share your memories.

Send flowers to the Grzelak family.